Jennifer Lopez’s in her 10 Most Crazy Looks

And there’s that plunging neckline again! Jennifer showed up at the 2009 Golden Globe Awards looking more like an Oscar statue in her showstopping shiny gold, backless Marchesa gown.

This Zuhair Murad leaf dress served up a total Midas moment at the 2013 Billboard Music Awards.

We have zero words for J.Lo’s EPIC plunging Versace dress from the 2000 Grammy Awards that went down to there.

When you have abs for days, why not show off your entire stomach at the 2000 MTV Video Music Awards in an all-white ensemble? Handkerchief and Sean “Puffy” Combs included.

Only J.Lo could wear this daringly-layered, low-cut sheer getup to the 2001 MTV Video Music Awards and somehow make it work 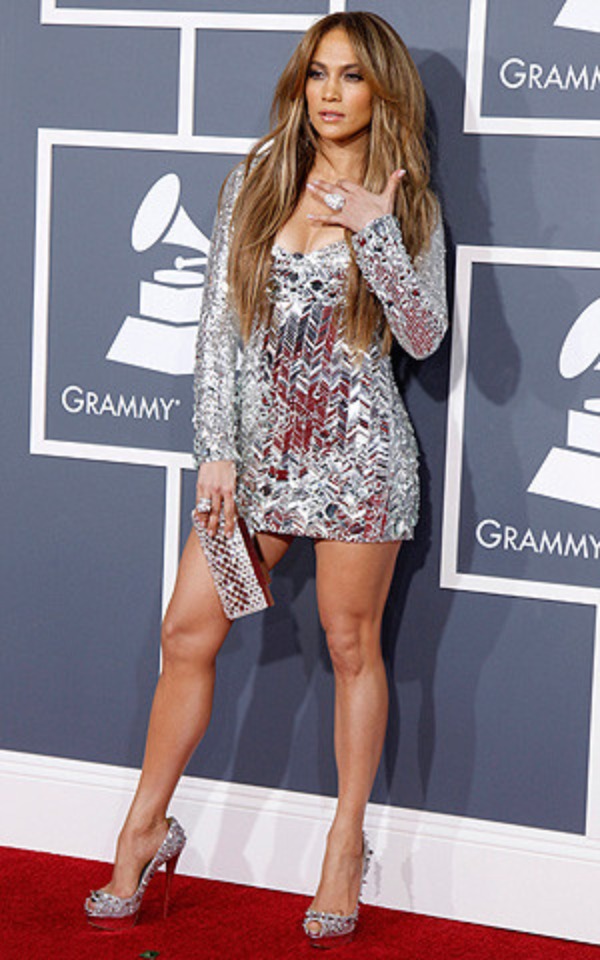 J.Lo showed up to the 2011 Grammy Awards looking like a sexpot in her low-cut, long-sleeved, reflective Emilio Pucci mini dress and her equally embellished Christian Louboutin Very Mix spiked heels and clutch.

BARELY THERE AND BEADED

She clearly has a hankering for Mr. Zuhair Murad’s designs and so do we—especially this nude illusion, long-sleeve ivory embroidered lace gown with beaded detailing that she donned to the 2013 Golden Globe Awards.

Okay, so it’s not a plunging V-neckline, but she still wowed us with side-butt, a racer-cut front, and nude sheer back at the 2013 Las Vegas premiere of Parker.

There was a dress code created in her honor, since the singer is known for showing a lot of skin at the Grammys (see slide nine), but J.Lo’s leg-baring Anthony Vaccaerello at the 2013 awards still pushed the limits.