10 Signs that you are going to be dumped

By admin on September 21, 2008
Dating TweetShare 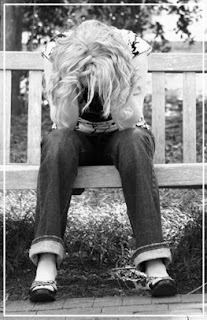 Getting dumped is a terrible feeling as you lose someone you love. However the worst part is dealing with rejection. Once you get dumped you wonder whether any good will ever happen to you again. Later you would realize how much you have learned from your experience and you are definitely strong enough to face any difficult situation in future.

Even if teens sense a break-up they tend to deny it and somehow convince themselves that are wrong; this is the reason why getting dumped comes as such a shock. Following are some important signs that you are about to get dumped:

The bottom line is; if you're not happy and you don't see a long term future with this person, save yourself time and get a head start on the healing process.

Some of you may disagree and say "If I keep working at this relationship it WILL succeed!" Unfortunately, it takes two people to make a relationship work. It isn't like your goal is going to be learning to ride a bike, winning a competition or running a successful business – these goals you have an element of control over.

Trying to make it "work" is setting a goal to change what goes on in someone else's head; which is something you'll always fail to achieve. If you're unhappy with how your partner is behaving, I strongly suggest you take action and change your situation for yourself. Spending all your energy attempting to make them interested and preventing them from dumping you will just make you feel terrible if or when they actually do.

That's not to say you can't keep them interested, or you can't win them back. You can. But you can only do this by changing yourself to become more attractive emotionally and physically, and not by changing your lover.

Related article: How to get your ex back?